The FCC, Pai and 5G – is there a whistleblower?

Leaders of the House Energy and Commerce Committee has sent a letter to FCC chair Ajit Pai asking for copies of communications between the FCC and the big telecommunication companies regarding legal challenges to the regulator’s 5G order, which forces local governments to charge a flat fee for installing new base stations.

Did the FCC put pressure on carriers to challenge the order in different court jurisdictions, hoping to put the case before friendlier, perhaps more conservative judges?

The letter strongly implies that the committee has heard from a whistleblower:

Sources – the media seems to have picked up on the story:

– House Democrats want to know if the FCC rigged a legal fight over 5G https://www.theverge.com/2019/1/24/18196574/ajit-pai-congress-democratsif-fcc-legal-fight-5g?fbclid=IwAR0zN8g2qj0EJGJXqaFuxph-y3iCXqjfE1aarQ48_Dvrzik2MyAobemBhLY

“Giving the industry what they want”
In Boston it takes just TEN DAYS to get the majority of small cell applications approved: “Meanwhile, cities must comply with the order, something that is already being tried out in Boston with some success. Mike Lynch, director of the city’s broadband and cable office, said when applications to install small cells in the city are received, 80% of those applications get a decision in 10 days or less. He said that turnaround time, which complies with the FCC’s order, means the city has “given the industry what they wanted,” namely certainty and efficiency.”
Source: FCC’s 5G order faces further scrutiny in courts, Congress
https://www.smartcitiesdive.com/news/fcc-5g-scrutiny-courts-congress/546838/
5G and Government Agencies

“Investigate Europe”, a pan-European team of journalists, reports on the state of the science and exposes the harmful roles that the International Commission on Non-Ionizing Radiation Protection (ICNIRP), the World Health Organization’s International EMF Project, and the EU Commission’s Scientific Committee on New Health Risks (SCENIHR) have played in paving the way for the deployment of 5G without regard to health consequences. Investigate Europe identified 14 scientists who protect ICNIRP’s obsolete and inadequate EMF exposure guidelines by preparing biased reviews of the research literature. At least eight have had industry research funding.An interactive graph depicts the interconnections between these scientists and governmental and quasi-governmental agencies: https://www.kumu.io/Investigate-Europe/das-experten-netzwerk 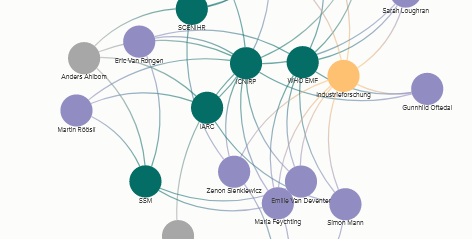 Conclusion of the study: epidemiological studies do not suggest increased brain or salivary gland tumor risk with MP use, although some uncertainty remains regarding long latency periods (>15 years), rare brain tumor subtypes, and MP usage during childhood.The expected final online publication date for the Annual Review of Public Health Volume 40 is April 1, 2019

The study states:
“Apart from the thermal interaction, despite considerable research efforts, no other mechanism relevant for carcinogenesis has been consistently established (91). Oxidative stress was seen to be increased after RF-EMF in some in vitro and in vivo studies (23). However, no convincing evidence of changes in protein and gene expression induced by low-level RF-EMF was obtained from cell culture or rodent brain tissue experiments (68) ”

Comments about the NTP study:

.”…..the observed carcinogenicity may be causal or a chance finding due to multiple testing. Alternatively, it may be the consequence of temperature-induced metabolic changes in male rats, where a measurable increase in core temperature was registered.The latter might also explain the unexpected significantly longer lifetime of exposed male rats compared with their sham controls.”
– Trends and patterns of incidence of diffuse glioma in adults in the United States,1973‐2014
https://onlinelibrary.wiley.com/doi/full/10.1002/cam4.1757From the conclusion of this study: “The established risk factors cannot fully explain the distinct patterns by histology subtypes, which necessitate further epidemiological studies.”

The authors note: ” incidence is greatly influenced by local cancer registry diagnosis coding. SEER uses the WHO classification of CNS tumors for classifying brain tumor subtypes, which has been revised four times since first published in 1979, each time with considerable changes.These changes may have partially contributed to the temporal trends of gliomas but how these changes have affected histology‐specific incidences remains unclear.The histologic criteria for CNS tumors have been revised several times in history, which likely contribute to temporal trends of histological subtypes.Thus, we could not exclude the possibility that variances in subtypes, particularly those nonglioblastoma subtypes, may be due to changes in CNS tumor classification instead of real change in disease incidence. Second, while SEER registries maintain high standards for data quality, given that classification of gliomas often depends on considerable subjective judgment and is changing overtime, the possibility of misclassification could not be excluded.” 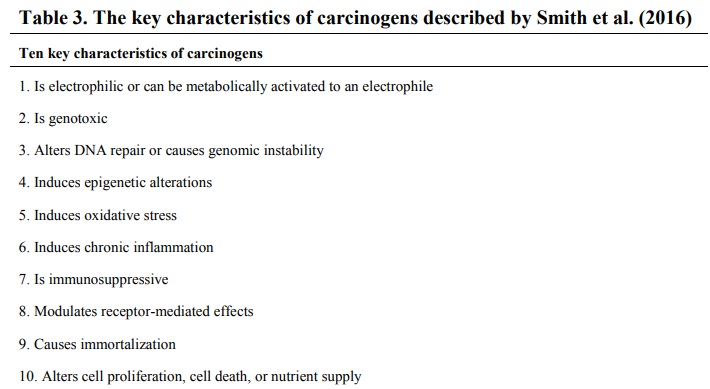 Electrohypersensitivity:
Important legal news from Spain, France and Italy:
– EHS is recognised as a work accident (the first recognized case in Aragon) and the third in Spain. Asides (The Independent Association for the Defense of Health)  http://www.asides.es/

“If urgent measures are not taken,” Asides warns, “according to experts’ forecasts, we will increasingly see an increase in health problems related to electromagnetic exposure, such as: cancer, electrosensitivity, infertility and behavioral disorders”
http://www.emfsa.co.za/ehs/the-superior-court-of-justice-of-aragon-spain-recognizes-electrohypersensitivity-as-the-result-of-a-work-accident/

– From France:
For Sophie Pelletier, president of PRIARTEM, it is a double first : “This is the first time that the administrative jurisdiction – on which  civil servants depend – ruled favourably on this topic.. And the icing on the cake, this is the first time in France that a court decision recognizes intolerance to electromagnetic waves as a disease attributable to work.”  http://www.emfsa.co.za/ehs/priartem-press-release-23-january-2019-ehs-new-judicial-advance-in-france-recognition-of-electrosensitivity-as-an-occupational-disease/ 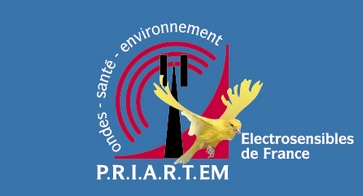 – Court ordered to turn off Wi-Fi at a school in Florence: http://www.emfsa.co.za/ehs/court-ordered-to-turn-off-wi-fi-at-a-school-in-florence/

The Court of Florence has ordered the immediate shutdown of Wi-Fi in a school to protect the health of a minor. The order was issued to the school manager of the Botticelli Comprehensive Institute.

Precautionary Principle and the Safer Use of Technology:

An Italian court has ordered the government to launch a campaign to advise the public of the health risks from mobile and cordless phones http://www.emfsa.co.za/news/italian-court-ordered-government-to-launch-a-campaign-to-advise-the-public-of-the-health-risks-from-mobile-and-cordless-phones/

The OPEN DATA data concerning the results of the tests of the National Frequency Agency (ANFR) on more than 500 mobile phones published in the context of the industrial and health scandal (Phonegate) assisted in this remarkable decision.

– Dr. Arazi, President of Phonegate Alert:
“We hope that this Italian decision will, both at European and international level, be an example for the implementation of campaigns to protect the health of cell phone users. Governments and manufacturers must continue the series of good resolutions in 2019. Especially when the Phonegate scandal shows that manufacturers have knowingly deceived all users by exposing them to unsafe limits”

– Lennart Hardell MD, PhD:
“No doubt this is a victory for public health. Similar decision should be made in all countries. We have the knowledge of health risks but the population is not informed due to negligence by government and media like in Sweden. We have the scientific evidence on risks to human beings and also the environment but no action is undertaken. Instead, the 5th generation, 5G, of wireless communication is implemented without proper scientific studies on the risks”.

South Africa, the WHO and ‘limits’ 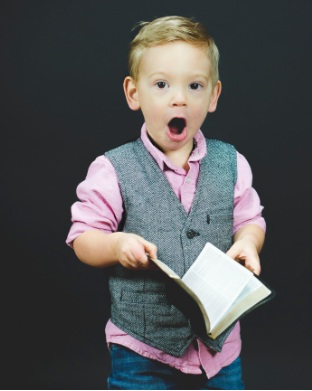 In the WHO information data repository document dated 31 May, 2017 (take note of the date), it indicates that South Africa is enforcing the ICNIRP reference guidelines as exposure limits. However, this is either a data capture error, or a purposeful mis-feeding of information to the United Nations (UN) WHO, by the South Africa representative who supplied the information.
http://apps.who.int/gho/data/node.main.EMFLIMITSPUBLICRADIOFREQUENCY?lang=en

James Lech discusses : Since when do we have exposure limits?https://jameslech.co.za/2019/01/07/since-when-do-we-have-exposure-limits/?fbclid=IwAR3DX1H4Y_Hfk6_uGeQVM9N7viyhb-iu9GhvwGRGLuJ23uVKfMP4yfnAc9Q

– Pawel Wypychowski: Why 5G Radiation Might Be Worse Even At A Lower Power
https://www.youtube.com/watch?v=vfY1MWweAEM&t=345s

In closing:
Frentzle-Beyme: “The level of proof required to justify action for health protection should be less than that required to constitute causality as a scientific principle”. Quote from: The “Moscow signal” epidemiological study, 40 years on https://www.degruyter.com/view/j/reveh.ahead-of-print/reveh-2018-0061/reveh-2018-0061.xml?format=INT&fbclid=IwAR3bRGAPKfsYfP0btHuz5Ictbz1w5Wxr_YgkvHBEJkqrpru5Lukl8Lj0sP0Photo by Ben White on Unsplash
Comments are closed.